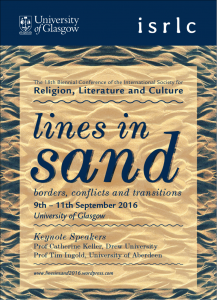 The Call for Papers is now open. Proposals are due to panel convenors no later than 18 April 2016.

Registration is now open. If you are applying for a bursary, please do not register until you have received confirmation of the result of your application. Guidance on applying can be found here.